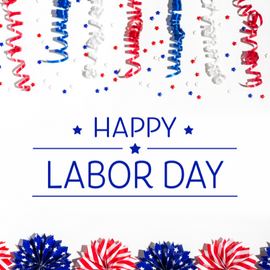 Why is it called Labor Day?
Labor Day is a day set aside to pay tribute to working men and women. In fact, it was labor unions themselves that celebrated the first labor days in the United States. The original celebrations included a street parade to show the public the strength and common spirit of the trade and labor organizations, and a large picnic to provide some fun for workers and their families.

Is Labor Day a worldwide holiday?
Labor Day is a national holiday in both the United States and Canada, which celebrate in September. Most countries around the world also celebrate Labor Day (also called May Day or International Workers' Day), but the majority celebrate on the first day of May.

When did Labor Day begin?
The first Labor Day parade occurred on Sept. 5, 1882 in New York City. The first state to designate it as a legal holiday was Oregon in 1887. Around 30 states had adopted the holiday by the time Congress made it a federal holiday in 1894.

Is Labor Day a socialist holiday?
Labor Day now carries less significance as a celebration of working people and more as the end of summer, so while some people may not be happy with it's historical connection to labor unions, for most people it's simply a chance for one last trip to the beach or one last cookout before the weather starts to turn colder and (in some areas) school starts up.

You're logged in to OwnerRez. Manage this site:
Edit Page Edit Site Logout